Stay up to date with the latest local Labour news.

This election Labour has published a range of accessible manifestos.

Wonderful response to our call for volunteers: please join them...

We have been thrilled by the number of volunteers who have signed up to fight for Catherine West in this General Election. We need even more. [Please join us](https://docs.google.com/forms/d/e/1FAIpQLSdKo6lwgpy3o0nQLBGwE8bVCE3v6PcFdkjKVjjauRT9S7UbFQ/viewform)

Let’s stop this Brexit mess before it’s too late

The Withdrawal Agreement Bill (WAB) does not mention health once!

Johnson may not have had a Super Saturday but we did!

Supporting the People's Vote march and campaigning all over the borough.

Labour Leader drops by to lend support to H&WG fundraiser

Jeremy at the Hornsey and Wood Green fundraiser

Jeremy Corbyn chats to Joseph Ejiofor, Leader of the Council, and Celia Dignan, Chair of the CLP, at our fundraiser today

Join our teams across Hornsey and Wood Green this weekend

I was very proud to speak at Haringey’s Stand Up to Racism meeting alongside David Lammy in defence of immigration and opposition to Johnson’s hostile environment.

All 10 branches and all affiliated groups voted unanimously for Catherine to represent us.

Everyone should read this!

Keep Our NHS Private reveals Tory NHS spending plans to be all smoke and mirrors. 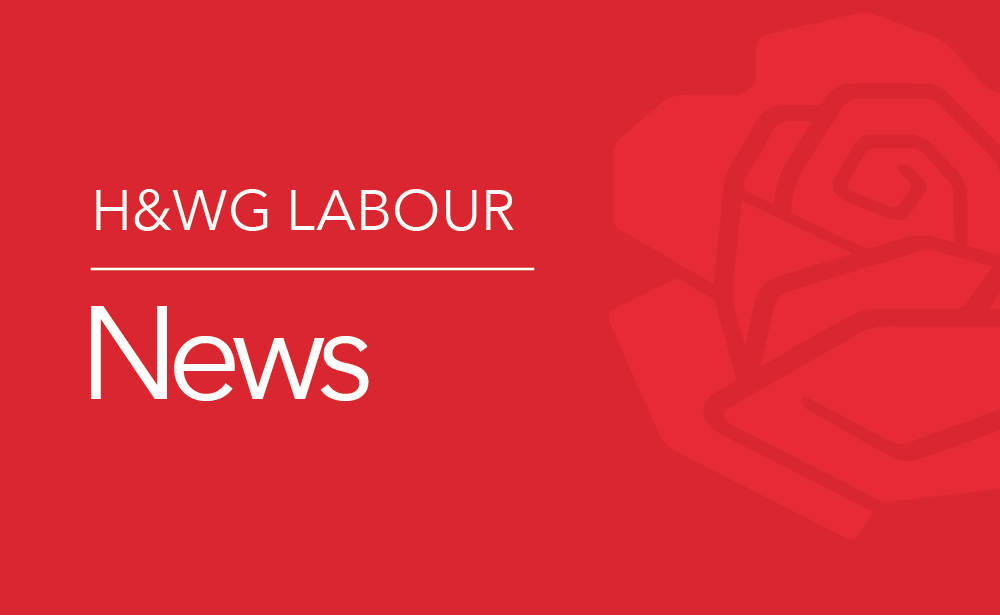 Hornsey and Wood Green Labour Party motion calling for campaign against the cuts will be debated at National Conference today!

Make sure you keep up with all the news from Conference!

We are out campaigning all over Hornsey and Wood Green this weekend. Please join us.

Catherine West MP : my week (not) in Parliament

It is shameful that since Monday evening I haven’t been sitting in Parliament.

Join the action all over Hornsey and Wood Green

This Saturday 14th we are canvassing all over Hornsey and Wood Green.

Jeremy Corbyn's speech to the TUC

Support our campaigning in Crouch End and Woodside wards

Johnson in trouble: Catherine West MP on an extraordinary night in Parliament

John McDonnell - back in Haringey soon

Soon to be here

JOINT ACTION ON THE CLIMATE EMERGENCY

The Government must act AS MUCH AS POSSIBLE AS SOON AS POSSIBLE on climate and ecological breakdown.

Local leadership for climate action: what Haringey can do?

This week Hornsey Ward organised a fantasic quiz night to raise money for the CLP.

This month we released the inaugural episode of a new CLP podcast.

Borough Canvass Noel Park Saturday 9th March In a hugely successful afternoon of action, members from all over Haringey turned out to talk to the residents of Noel Park ward on their doorsteps and at a stall in front of Wood Green Library.

Thinking about applying to be a Councillor?

Haringey Local Campaign Forum has re-opened applications for members wishing to be an approved Councillor candidate.

We intend to publish a newsletter four times a year for circulation amongst Labour Party members and other concerned people. We would welcome comments, suggestions and contributions from readers.

Catherine West MP and others from across the constituency party joined members from Alexandra Ward in a highly successful stall and doorknock on Saturday 19th January.

Hornsey & Wood Green Labour Party (H&WGLP) today expressed their condemnation of the verdict reached in the case of the ‘Stansted 15’.

Labour Party Conference opens this weekend in Liverpool and you may be able to play a part before Sunday.

Hornsey & Wood Green Young Labour recently organised the __Trans Women are Women!__ event in order to show solidarity with trans women who have been confronted by rising transphobia, misogyny and other forms of discrimination both in the Labour Party and in wider society.

Across the country, rail services are in meltdown and the Tories are failing to stand up for millions of rail users.

Why we set up our own council housing company

Across London there is a desperate need for affordable homes, and this is especially true in Haringey.

Haringey residents thank NHS staff for their work over the 70 years since the NHS was founded.

Around 50,000 marched the streets of London on Saturday demanding an end to the cuts, austerity and privatisation that have characterised the last eight years of Tory mismanagement of our NHS.

In the 70th birthday year of the National Health Service, Catherine West MP, hosted a well-attended and lively evening on its future in Hornsey Parish Church Hall on 24th May.

The results for the local elections which took place on 3 May 2018 have been published.